There has been a slight hitch in my plans and I am forced to cancel my upcoming March 8 appearance in Halifax for Cecilia Concerts with Ophelia Rises. The concert will go on under a different title with the super tango group, Payadora. I encourage my supporters to attend because they are a fantastic and life-affirming group.

I had day surgery on February 27 at Humber River Hospital to remove three malignant melanomas from the backs of my arms. While we originally thought that the surgery wouldn't prevent me from traveling and playing, when it came to the actual surgery, my wonderful operating surgeon,  Dr Romy, said that because of the depth of the excisions, position (one was near elbow) and the large number of multi-level stitches, I must not lift anything over 5 pounds and that air travel with a heavy bassoon backpack case (25 lbs) and gear was out of the question. I suggested that I drive instead of fly, but he categorically forbade travel.

Booking concerts is a huge moral and financial responsibility. My presenter, Jules Chamberlain of Cecilia Concerts, is the soul of understanding and efficient professionalism when it came to understanding this crisis.  He quickly rebooked the concert with Payadora since they form the core of my string ensemble and are an incredible group. My string colleagues responded to this unexpected turn of events with real grace (Joe Phillips, Rebekah Wolkstein, Drew Jurecka and Charlotte Paradis).

Even though I cannot be paid for this concert, I had already bought all the plane tickets and guaranteed a fee to each musician which must be honoured. And my beloved audience will be given a choice of attending the replacement concert (which I keenly hope they will) or having a refund. One concert goer has already offered her ticket refund to help pay for the costs of this last minute change.

Back to the health stuff, I will say one last thing… I went to a Bloor Street dermatologist over a year ago and he dismissed me, saying I worried too much. He brought in another doctor from the same private dermatology practice where they both worked, and she said that fair skinned, blue-eyed people often have weird freckles or spots that are not a concern. Neither of these doctors suggested biopsies or even a real second opinion from more qualified doctors. I knew something was wrong, but my life was insanely busy and I allowed myself to trust these preoccupied and dismissive people.

After recently returning to my excellent family doctor and being instantly recommended to Womens’ College Hospital, it turns out that my particular melanomas are utterly atypical, and thus prone to misdiagnosis. Yet I always knew something was wrong because of how they felt and their proximity to the first melanoma that I had when I was 31 years old. When my current outstanding dermatologist at Women’s College Hospital, Dr Vincent Piguet, delivered the news on Feb 5, he said that there is a huge amount of current research that will help me get through this if the surgery is not enough. He also said that fair-skinned, blue-eyed women (!) are 20% more likely to develop melanomas.

Moral of story: trust your instincts and take time to follow up with good doctors who listen with respect, understanding and genuine expertise. Don’t allow people to wave you away.  Each of my current superstar doctors has the ability to listen, understand and educate.  They are patient and efficient. Having said that, the single best step I made was to return to my family doctor to ask for a proper new recommendation. She burst into action, and so have all of the other doctors. Thank you.

Here is the 12 point update.

1. Melanoma is super scary (if you look it up, go to a reputable site)
2. I’ve had it before in same place and surgery kept it away for 30 years
3. I had 3 melanomas removed from my arms this week
4. I have about 70 stitches (guessing) and deep wounds (for sure) but after three days, no pain and I only took one pain killer on the first night
5. I have great doctors from three kickass hospitals (Women’s College, Humber River and Princess Margaret)
6. Stitches will come out in mid March
7. I start playing again in March and the Ophelia Rises show will happen again in the future
8. Tests will be finalized in March
9. I have amazing friends and neighbours and colleagues who are standing guard to help me
10. Everything will be fine and I will always update you
11. I feel great, aside from canceling concert.
12. Please don’t worry. I really am amazingly resilient. My adversity-training and ass-kicking credentials are completely up-to-date. 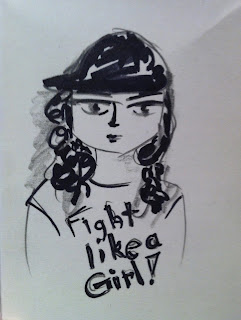