My tour blog is going to emerge slowly as I pull it from my hand-written journal... we were on the road from Feb 23 - April 23 with a couple of breaks and because I was the driver, reed-maker, make-up and fancy stupidly-complicated-gown-wearer my time was completely taken up.  I was also meeting friends new and old and soaking up every second of this great experience.

Guy Few and I are one of the lucky classical groups touring for Prairie Debut this season… 14 concerts across the Priairies with a schedule that started with isolated concerts, including one in Lacombe, Alberta on March --- this tour also includes 7 other concerts as part of other tours… for me, this is exactly the life I’ve always wanted.

Prairie Debut Concert #2 – LACOMBE, Alberta
March 7, 2014
I flew a day ahead of schedule to Calgary and stayed at the Arts Hotel in order to go to the Hungarian concert of the Calgary Phil for a rare opportunity to hear Weber’s Andante & Rondo played by the principal bassoonist Christopher Sales.  It was worth the trip just to hear another professional bassoonist play this work!  Christopher played with great care and lyricism… even the blistering sextuplets at the end were done with a considerate smoothness and refinement that was distinctive.  It is always inspiring to hear a fine player’s interpretation and since I am playing this piece 16 times this by mid April in recital with Guy, it is doubly relevant.

And I got to hear my old schoolmate and Calgary Phil bassoonist Michael Hope giving the charming preconcert talk in the lobby and welcome the audience from the stage.  Also a singer, Michael still sounds and looks almost as youthful as when we were in school together at the Curtis Institute 1979-81.

Though I enjoyed Christopher’s solo, orchestra sounded a little opaque and didn’t really hold my attention in the other works, but maybe I was just jet-lagged.  I went back to my hotel and had room service dinner, one of the true rewards of being a touring musician.

March 8, 2014
Next day, I made reeds and then had brunch at the fantastic FARM restaurant on 17th (goat/fruit/granola and FARM salad & chocolate, goat cheese truffle, oink) and then went up to Mount Royal University to get in three hours of practicing before returning to FARM again for supper (wild boar belly with incredible things, small and perfect, oinkoinkoink).  Then I drove to the car rental place and exchanged my dirty car with the malfunctioning power supply for a new, clean one and left it in place while I went to wait for Guy’s late flight to arrive.

We were checked into the hotel by 1 a.m. and up early for breakfast, hitting the road by 10 and leaving behind our huge hotel on the outskirts of Calgary… designed with playful, nature-referenced opulent finishes (gold-painted burled stumps as seats, carpets patterned as flagstones)…. Built right next to a wrecking yard, somehow managing to be both budget-conscious and high-endy at the same time .  Slept like a log despite having the glued-on securing latch dangling uselessly on the door.

We arrived early in Lacombe and reconnoitered the territory, determining that the Canadian University College was on top of a hill.  Sunday in this densely chapelled town meant that most things were closed, but we soon spotted a Chinese/Vietnamese/Thai restaurant called Lucky Palace and made a beeline for it.
A metal-works shed shared the same back parking lot and there was a beautiful rusting modernist folk sculpture of a rearing horse that really fascinated Guy.

We had an excellent lunch… I had seafood chow mein (prawns, scallops, octopus & crab along with onions, celery, carrots, broccoli and carrots)!  GF had chicken meatball soup.  We got takeout for dinner and headed back to the university where  we were greeted by our  host, Cristian Neascu (violin, conductor) and his colleague Wendy Markosky (organist).  They showed us the music school and the lovely old hall where we would be playing.  Guy taught two trumpet lessons while I scouted the hotel and worked on reeds before heading back for our soundcheck at 4:30.  We played through our programnme and found the hall to be lively and bright…Cristian said that they have been fund-raising to build a new hall that will be big enough to host larger ensembles but we enjoyed this gracious small recital hall.  The Yamaha was bright and free-speaking.

At 5:30, we bolted back to the hotel to check Guy in, eat a bit and I got my makeup done, packed up dress and we shot back to the hall at 6:30.  I got the CD’s out and gave them to the ushers to organize (thanks, Cassandra!) and Larry set up the microphones for us use for speaking during the concert.  I put out my music and got myself wrestled into my slightly complex black corseted 18th Century de-constructed gown with Guy’s help… also sporting my new blue leather laces in my very old and wonderful high boots for the first time.

We were introduced by our Wendy and she thanked all of the sponsors that made this concert possible…. We always get anxious about remembering to thank everyone and she took the burden away.  We did remember to thank Wendy and Cristian… should have thanked the Canadian University College for having us and also our sound man, Larry… it is a real skill remember to thank appropriately and one that I am still working on.

My previously-chosen reed sounded bright and a bit high to the piano at the dress… #57 felt too easy in the dry climate and I needed something with a bit more resistance, so I switched to #53, but it soon played out and I had a fleeting return of the fantasy wish to have a reed-wrangler backstage who would have all my reeds soaked and ready for quick changes, rushing to bring me the right reed, soaked and ready, when I flashed the signal.  Barring that, I kept playing as I did not have water on stage and all the other reeds had dried out.  It is a constant juggling match when touring, to realize which venues are low humidity and dry, realizing which venues have pianos that might be slightly lower that A440… being ready for everything.

Guy had realized before the concert that his corno da caccia has received collateral travel damage with the support ring pressing into the neck of the instrument and denting it quite a bit, probably from being bumped when under the airplane seat.  The tuning was still good, but the finger ring was too small for his big hands and he had to jam his finger in to support the horn… he said it hurt!

Guy and I walked on stage... as always, the silver shining brass instruments were in place, piano lid open, he was holding his piccolo trumpet and I had my bassoon.

We introduced ourselves and launched the mood of the concert...Before we played a note, a hand shot up in the audience and a man asked me to say something about the bassoon! So I did.  It was, after all, a university setting and knowledge is something to be candid about.  Not that I know so much about the history of the bassoon but I know a huge amount about the voice of my bassoon.

People talked to us --- one lady kindly told me I had a loose string but it was just the long cord from my harness… I thanked her sincerely and she said that she had been traumatized by a previous artist (a singer) having a wardrobe malfunction on stage, and Guy told her about the time my blue feathered skirt fell off in during a concert in Brandon Manitoba while playing flight of the Bumble Bee.  We met the parents of Leslie Newman!  And a beautiful baby named Antoinette who fascinated Guy… and by a benevolent twist of fate, her Dad won the CD raffle!

The second half was Tansman, Oblivion, Man will only grieve, trumpet in the night and then we finished with St-Saens and our encore, the Shostakovich Fast Dance.  People enjoy that.

After the show, we talked with many people.  We were thanked for our energy and passion.  Packed up and Cristian helped us carry everything back to the car under the starry sky .

Up early to make reeds, jump around to my exercise video, pack, drive to Calgary airport where we drank coffee and I got my boots polished by a beautiful man named Chai who turned out to be a dancer.  He said that he and his wife danced everywhere and in every style… he said it was a wonderful thing to be married to his best friend and he thanked us for our easy emotion and response.  He did such a beautiful job on bringing my boots to life!

I kept a hand-written journal during our wonderful very long spring tour... no time for writing blog with all the cross-province driving, multiple altitudinal reed-making, consecutive concert-giving, people-meeting and general living-life-to-the-fullest in terms of soaking in the western Canadian tour experience ... I totally loved every second of it.

I have a day off next week and will spend it with a bottomless latte and will write! 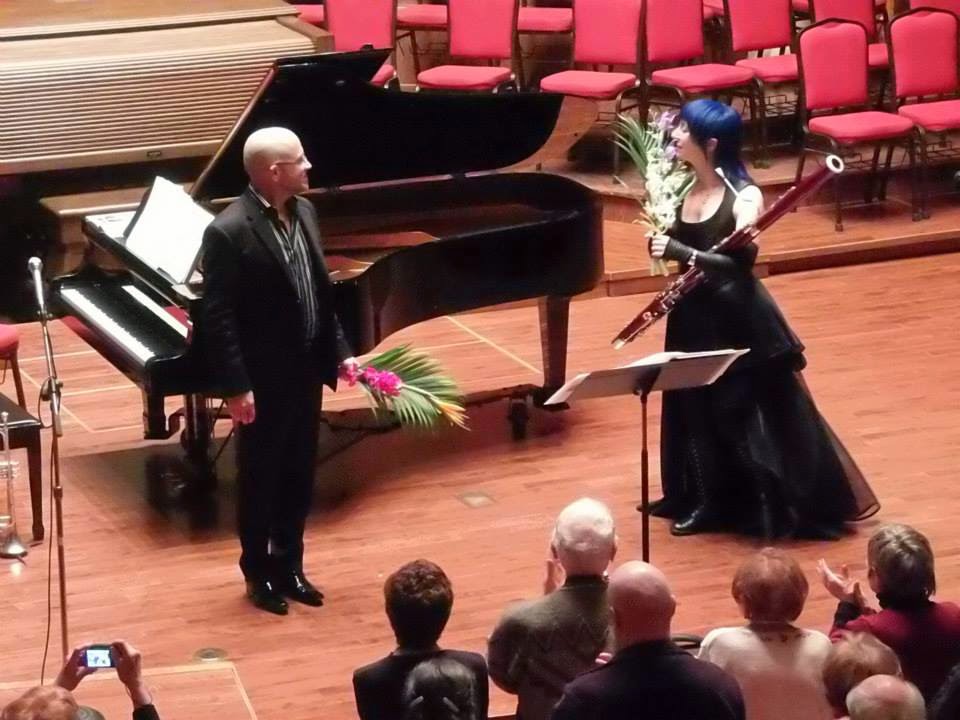 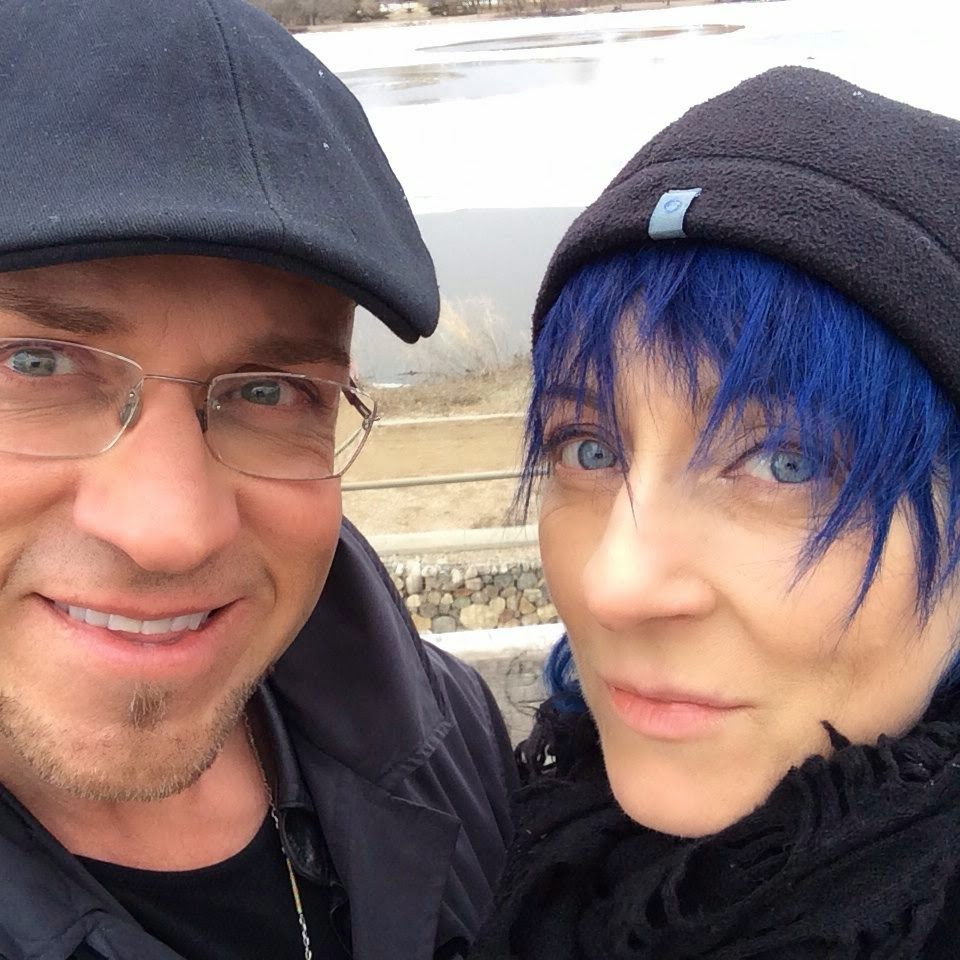 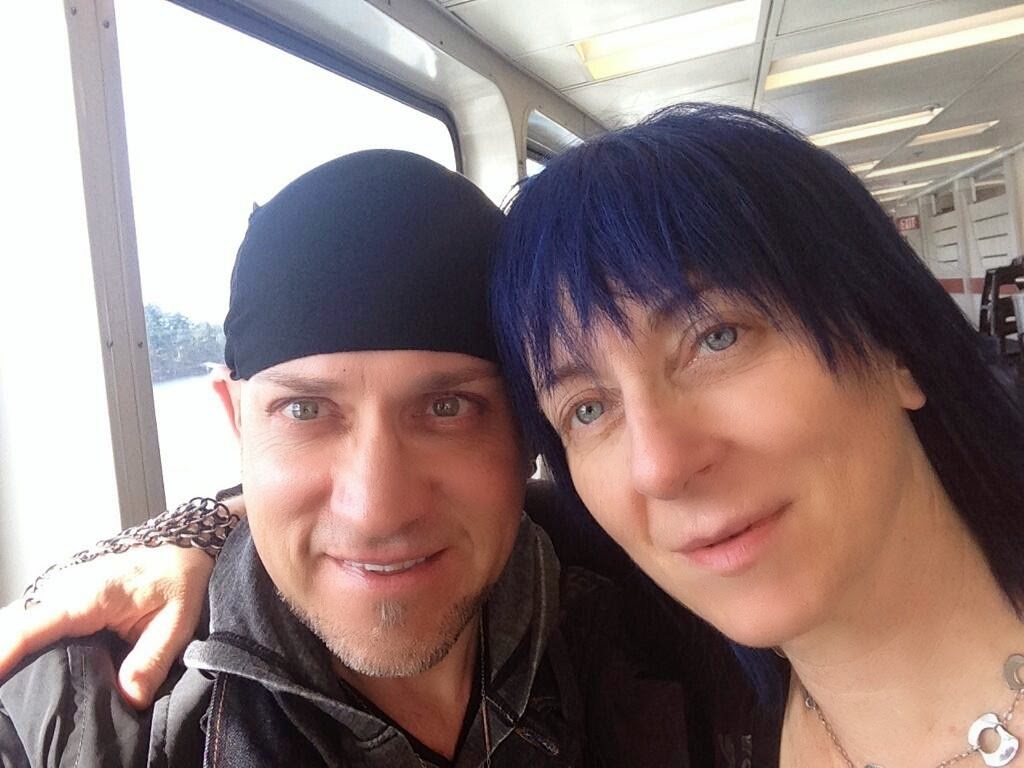 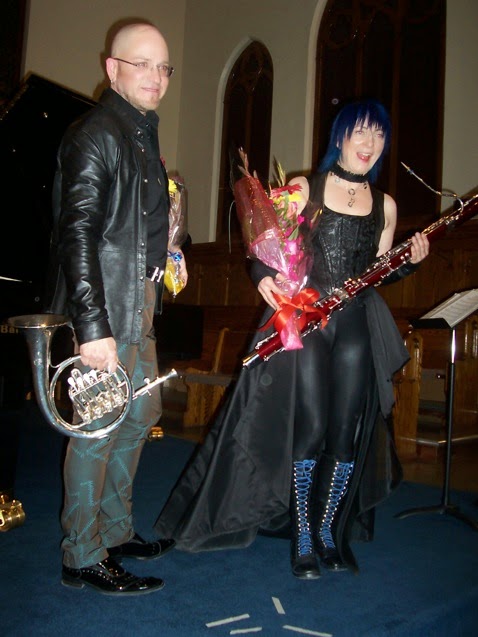 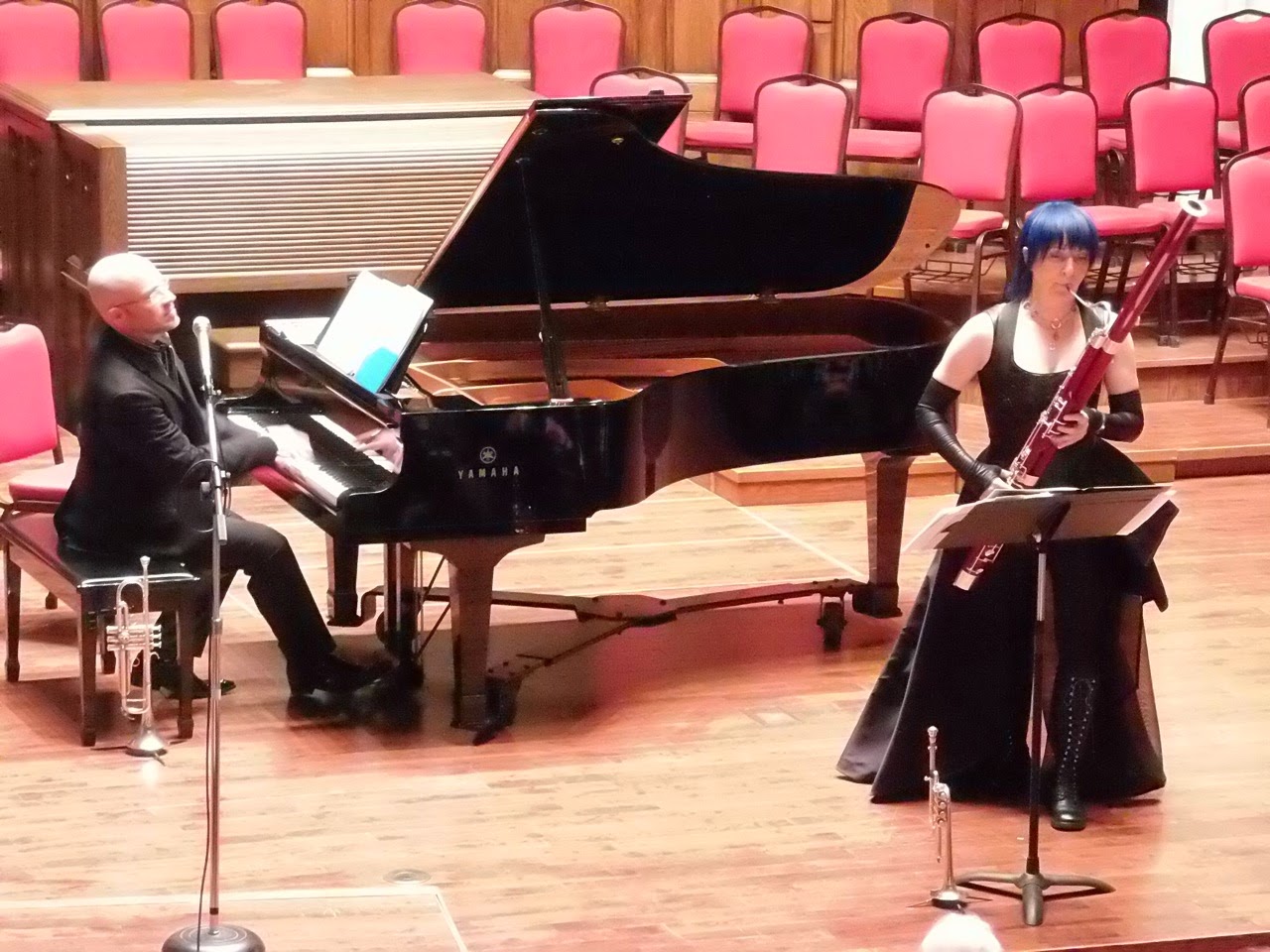 Posted by Nadiva at 5:54 PM No comments: